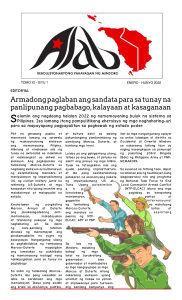 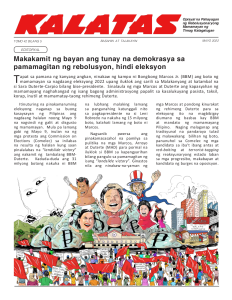 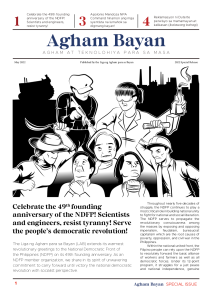 Agham Bayan is published by the Liga ng Agham para sa Bayan (LAB) for the purpose of raising the political and social consciousness of Filipino scientists and technologists regarding the issues and problems affecting Philippine science and society. It is committed to the promotion and use of science in the service of the Filipino nation and people. It espouses the cause of national freedom and democracy. 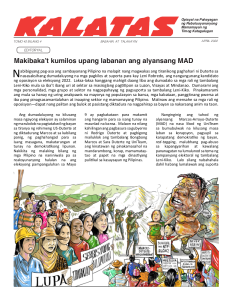 This year, April 24, 2022, marked the 49 th year of the founding of the National Democratic Front of the Philippines. An alliance of revolutionary organizations, the NDFP has been fighting for the completion of the new national democratic revolution with a socialist perspective. With more than four decades of fighting and counting, its perseverance and resilience, despite obstacles, has earned it the respect and praise not only of the Filipino people but revolutionaries around the world. 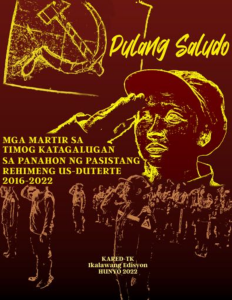