The revolution is just and necessary

This article is available in PilipinoBisayaHiligaynon

In its own court, the Government of the Republic of the Philippines (GRP) failed to prove its allegation of “terrorism” against the Communist Party of the Philippines (CPP) and the New People’s Army (NPA). In its September 21 decision, the Manila Regional Trial Court Branch 19 dismissed the Department of Justice’s case and declared that the CPP and NPA are not terrorists and should be more acurately regarded as rebels with reasonable aims of any civilized society.

The Party and NPA represent and promote the interests and aspirations of workers and peasants, the most oppressed and exploited classes in the Philippines. Insisting on tagging the CPP and NPA as terrorists has no other aim but to obscure and oppose the people’s national and democratic aims.

The terrorist taggers are fascists and warmongers. They defend the exploiters and oppressors, and corrupt ruling systems. They are agents and lackeys of imperialism that suppress patriotism and the desire to end neocolonial rule.

The Marcos regime is now the despicable face of fascist terrorism in the country. It uses the brutal state terrorism to suppress the clamor for genuine land reform and national industrialization, and the demands for higher wages, lower prices, and free social services. It employs fascist terrorism to defend local and foreign capitalists who make profit from hospitals, schools, water, electricity, telecommunications and public infrastructure.

While people wallow in poverty, Marcos wastes state resources to purchase additional bombs, ammunition, guns and powerful weapons of repression. Amid widespread suffering, Marcos and his family spent millions of pesos in a US and Singapore junket and luxury vacation. Marcos ignores opposition to import liberalization despite massive damage to agricultural production and local manufacturing.

Marcos and the pro-US zealots oppose calls to abrogate the Mutual Defense Treaty and all unequal military treaties with the US. Instead, the Marcos regime allowed the US to further strengthen its military presence in the Philippines in line with the US strategic plan to raise armed tensions with China.

The Armed Forces of the Philippines (AFP) leads in terrorist tagging the CPP, NPA and other patriotic and democratic forces. They use this to make the people kneel before their power, to destroy their organizations and break their resistance. This is the “peace and order” desired by the ruling classes.

They oppose holding peace talks with the National Democratic Front of the Philippines (NDFP). They oppose giving attention to the basic social problems behind the armed conflict in the country, and resolving these in favor of workers and peasants.

The Manila RTC’s decision exposes the AFP’s “war against terrorism” as a big sham. It reveals the fact that the AFP’s counterinsurgency war is a war of suppression and pacification, a war to suppress the different forms of people’s struggle against imperialism, feudalism and bureaucrat capitalism.

The CPP and NPP unite with all patriotic and democratic forces in the Philippines. In recent decades, the armed struggle being waged by the NPA has been proven as one of the most important weapon of the Filipino people. It is just and necessary arena of struggle, and the highest form of resistance. The revolution is not terrorism and revolutionaries are not terrorists.

The armed struggle is now even more important in the face of relentless fascist repression: left and right massacres, killings, arrests, armed intimidation, bombing and shelling, military occupation of villages and other forms of state terrorism.

The NPA is a weapon of the broad masses, especially peasants, to defend their rights and lives against the abuse and brutality of fascist monsters of the AFP and the Philippine National Police (PNP). Wherever the NPA is, the masses are eager to provide support and join the armed struggle to defend themselves, their livelihood, the environment and natural resources.

In mounting armed struggle, the NPA upholds the highest standards for protecting the rights and welfare of civilians. It strictly enforces its rules and discipline, as well as guidelines of international humanitarian law. The NPA has grown and gained strength because of the people’s support. The NPA and the people are firmly united and grows in strength together.

The Filipino people now face worsening conditions under the rotten semicolonial and semifeudal system. They suffer from anti-people and anti-poor policies of the Marcos II regime that aim to secure and grow the Marcos’ wealth and perpetuate their political dynasty. Marcos Jr is the epitome of the ruling class’ lack of empathy for the suffering of the toiling masses.

Amid crisis, workers and peasants, as well as the youth, students, teachers, academics, lawyers, writers, journalists, doctors, nurses and other professionals, should participate in the revolutionary struggle to defend their rights and fight for their aspirations. Expose and oppose all forms of fascist terrorism by Marcos’s armed minions.

Poeple must get organized and participate in the national-democratic struggle and join the underground allied organizations of the National Democratic Front of the Philippines. Above all, the doors of the New People’s Army is open to anyone 18-year-old and above, who has a sound mind and body. Join the NPA and support the armed struggle to achieve national and social liberation.

The revolution is just and necessary
Articles in this issue 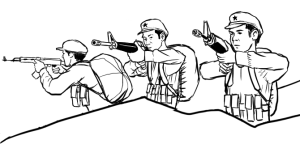 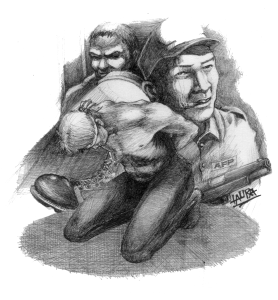 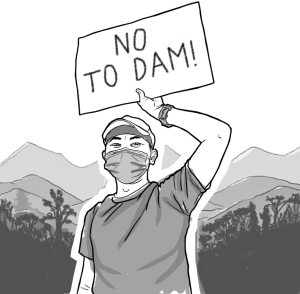