The National Democratic Front-Eastern Visayas (NDF-EV) today sounded alarm against efforts by the National Task Force to End Local Communist Armed Conflict (NTF-ELCAC) to campaign against the defunding of the military’s pork barrel.

The NDF-EV said it received reports that several barangays in Gamay, Northern Samar, Dolores, Eastern Samar, and Matag-ob, Tabango, Villaba, Calubian, and Leyte towns of Leyte province were made to issue resolutions calling to “continue the funding and implementation” of the Barangay Development Program (BDP) under the NTF-ELCAC.

Barangay officials were promised P20 million worth of funds even though not one of their barangays is included in the six “beneficiaries” of the BDP in Eastern Visayas.

The NDF-EV said that the campaign for the BDP is one of the most recent efforts by the NTF-ELCAC to ensure that the fascist task force retains its budget. This includes the up to P44 billion worth of funds under the BDP which shall be used to bribe militarist local officials to vote in favor of Duterte-backed candidates in the 2022 elections.

“The NTF-ELCAC is using the present economic crisis to deceive poor local government units in the countryside that they will receive public funds for the benefit of their citizens, even if this will only be pocketed by high-ranking military and government officials of the Duterte regime and used for their criminal interests,” the NDF-EV said.

NTF-ELCAC spokesperson Lorraine Badoy had already campaigned for the BDP along with the 803rd Infantry Brigade in a meeting with local officials in Catubig, Northern Samar in May.

The NDF-EV urged the people to intensify their call to defund the fascist NTF-ELCAC and resist efforts by the Duterte regime to redirect billions of public funds towards lining the military’s pockets and for the elections. # 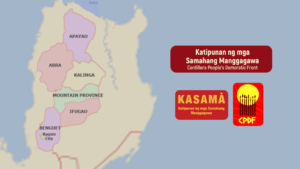 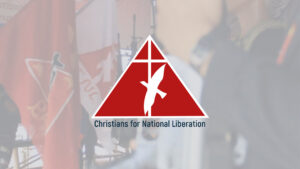