On the first week of October, the Regional Peace and Order Council at the behest of the AFP’s 10th Infantry Division and the Eastern Mindanao Command declared the entire Davao region “insurgency-free.”

Absent in the supposed “achievements” of “surrendered individuals, neutralized personalities, and seized firearms” is the unrelenting psywar, vilification and harassment campaign by enemy troops against innocent civilians whose crime, at least to the former’s fascist eyes, is being related to Red fighters, revolutionaries, or even aboveground activists or critics of the draconian Marcos-Duterte regime.

Across the region, our parents, children, relatives and friends, despite being non-parties to armed hostilities, are being viciously targeted by AFP troops as part of their increasingly desperate and increasingly mad crusade to appear to be winning in its war of counterrevolution. In Davao del Norte and North Cotabato, some parents and siblings of Red fighters, revolutionaries and legal activists are being harassed in their homes and places of employment by enemy agents, intimating dire consequences should the families refuse to “cooperate.” Like some criminal, these civilians are being subjected to interrogation without legal counsel and pressured to provide information about their relatives accused of being “terrorists.”

In Bukidnon and Davao del Sur, leaflets produced by the 72nd IB are being circulated in communities bearing pictures of underage children of some Red fighters. The masses in the area were outraged and disgusted by the enemy’s use of minors in its desperate attempt to force the surrender of revolutionaries.

In Davao de Oro and Davao del Norte, during inconvenient, tiresome and almost monthly, assemblies-cum-surrender ceremonies conducted by the AFP’s retooled community support program (RCSP) teams, residents are being publicly-shamed and warned with veiled threats for having either NPA or activist relatives. One elderly mother was forced by the 25th IB to go on air in a local radio station after having been accused of having a son in the NPA.

These desperate maneuverings of the enemy are outright violations of international humanitarian laws as guaranteed in the Geneva Conventions and the Comprehensive Agreement on Respect for Human Rights and International Humanitarian Law (CARHRIHL) to protect the welfare of unarmed civilians, especially children. In the base areas and guerilla zones, the masses sympathize with the harassed families and condemn the despicable psywar activities of AFP troops.

All through these egregious attacks, you—dear families and friends—even those who previously did not necessarily share our political views, have come to realize who the real enemy is, the real terrorist, the wolf in sheep’s clothing. In trying to sway your emotion as families and friends, the enemy resorts to pandering, lies, intrigues and exaggeration against revolutionaries and activists while glossing over the violations and abuses they themselves commit in communities they lay siege in. But you see through these.

You understand that when the enemy says your son, daughter, sibling or friend should “surrender” so that he or she can “finally live peacefully” (comrades scoff at this ironic claim as “peaceful in the midst of turmoil” or “maliwon taliwala sa kaguliyang”), it will not be a quiet life with families and friends but a hellish life at the constant beck and call of the enemy. For how many of those who already either voluntarily or were coerced to surrender for months or years now have you witnessed still being dragged into combat operations with AFP troops, forced to enlist as members of CAFGU and paramilitaries, or worse still, made to intimidate and even kill peasant and Lumad civilians in order to be useful to the enemy’s counterinsurgency campaign? You are not fooled by the trappings of their medical missions, road projects, livelihood seminars or other dole outs because you know who they truly are and what they do.

Many of you likewise spurn the sugar-coated enticements of the enemy (which include paltry alms such as several kilos of rice and other food items) because you know better than to betray us and the principles we stand for. Most of all, you realize how insufferably condescending it is for the enemy to lure you with the proverbial pieces of silver while skirting the basic yoke we and other families like us carry every single day: landlessness, barely livable wages, homelessness, loss of livelihood, poverty and other social ills.

And in spite of the clear danger, some of you found the courage to stand against the harassment and intimidation and seek legal redress to assert your civilian status and keep the fascists at bay. During interrogations, many of you minced no words questioning the legality of the enemy’s actions, even calling out their lies and misrepresentations. Some of you even turned the tables on the enemy, admonishing them that should any harm befall you, no one else is to blame but the soldiers who continue to harass you.

In the rural areas, your neighbors and community leaders, having had enough of the enemy’s unwelcome presence and abuses, stood by and defended you during interrogations or when soldiers accosted you in public places. In progressively many, albeit subtle and simple, ways, you managed to resist and unite with your neighbors to confront the unwanted outsiders in your respective communities.

We salute your fighting spirit and, above and beyond your loyalty as our families and friends, hold in high regard your conviction that what we—Red fighters, revolutionaries and activists—do and strive for is just and right and not terrorism. You are living proof that the enemy has utterly failed in severing the unity among the oppressed, forged not by mere kinship but by class bias to struggle against imperialism, feudalism, bureaucrat capitalism and the fascism that binds all three evils together.

In these challenging times amid the worsening socio-economic crisis under the illegitimate US-Marcos II regime, we urge you to continue standing and struggling alongside other peasant, Lumad, urban poor and petty bourgeois families who not only share your lot in life but also your aspirations for a lasting peace based on social justice. Not the fragile kind that the enemy, after wasting billions of your and other Filipino taxpayers’ money, only ever managed to fashion. 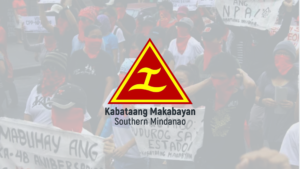 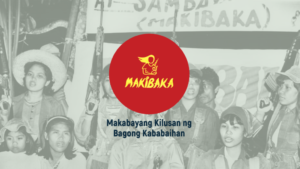 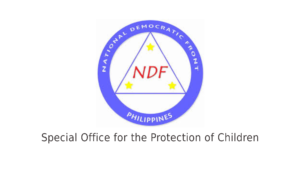 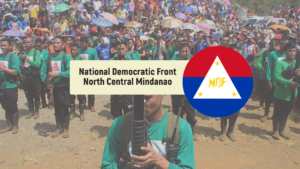