At the outset, let me reiterate that the Communist Party of the Philippines (CPP) is governed by the laws of the People’s Democratic Government and cannot be placed under the laws, courts or legal processes of the reactionary government. The CPP does not recognize the case filed by the Department of Justice (DOJ) in the Manila Regional Trial Court (RTC) proscribing the Party and the New People’s Army (NPA) as terrorists under the Human Security Act (HSA) of 2007, the precursor of the Anti-Terrorism Law of 2020, and did not participate in the proceedings.

Having stated that, we welcome the September 21, 2022 decision of the Manila RTC dismissing the said petition of the DOJ in which it failed to establish any basis for declaring the CPP and NPA as terrorists. The decision comes as a pleasant surprise in the face of the relentless efforts of the Armed Forces of the Philippines (AFP) and the National Task Force (NTF)-Elcac to stick the “terrorist” label against the CPP, as well as other patriotic and democratic forces. The decision can be considered as a legal pushback by some members of the judiciary against the NTF-Elcac which has been aggressively putting every state agency under its command in the name of “anti-terrorism,” as well as against the so-called Inter-Agency Committee on Legal Action (IACLA) that has been involved in pushing courts to issue defective search and arrest warrants, planting evidence and filing false charges against activists, as well as revolutionaries.

On initial reading, we found the 135-page decision penned by Judge Marlo Magdoza-Malagar reasonable and fair. We see that the judge took a historical point-of-view and situated the revolutionary movement from the perspective of the Filipino people’s struggle against oppression and exploitation. It is gratifying that the judge took effort to read the constitution and program of the CPP, the provisions of which she declared to be “reasonable aspirations of any civilized society.” We urge everyone, lawyers, judges, academics, teachers, students, journalists, workers, peasants and all other sectors, to follow the example of Judge Malagar and read and study for yourselves the constitution and program of the CPP.

We will make a more comprehensive review of the decision in the coming days. At this point, however, it is important to underscore how the decision concluded that the CPP and NPA are not terrorists, rather, are waging armed resistance with clear political aims and directs its attacks, not against civilians, but against agents of the reactionary state represented by the Government of the Republic of the Philippines (GRP). Indeed, we aver that the CPP and NPA are revolutionary organizations that advances the Filipino people’s aspirations for genuine national freedom and democracy and draw its strength from the support of the broad masses, especially, peasants and workers.

Certainly, there are far-reaching legal and political implications to this decision. The military and police have long been using the HSA and the ATL and the proscription against the CPP and NPA to curtail the rights and harass the leaders and members of legal democratic organizations by implicating them to the CPP and NPA. The “anti-terrorism” dogma is being used to silence and suppress the people’s voice, legitimate resistance and grievances to widespread social ills.

With the decision of the Manila RTC, I think the NTF-Elcac is now legally obliged to zip its big mouth and stop its terrorist-branding against the CPP and NPA, and its campaign of suppression against workers unions, peasant associations and the wide range of patriotic and democratic organizations. Otherwise, the NTF-Elcac will probably face legal challenges.

The decision also can serve as basis for Filipinos and their friends in the United States, in Australia, New Zealand and the European Union to push for the removal of the CPP and NPA from the “list of terrorist organizations” that are unjustly being maintained by their governments. It will bolster, in particular, the demand of the American people for the US government to stop providing arms and funding to the AFP that is notorious for human rights abuses.

Members of the CPP and the NPA must continue to keep their guards up, remain militant and determined to fight the fascist onslaught and terrorism of AFP, and advance the revolutionary cause of the Filipino people. In fact, the decision of the Manila RTC will not have much positive implication on the political and legal standing of the CPP and NPA, especially under the Marcos regime, whose officers have declared the aim to crushing the CPP and NPA. We anticipate the militarist-minded officers of the AFP, as well as the NTF-Elcac, to disregard the decision of the Manila RTC and continue with its terrorist tagging, its anti-people counter-insurgency drive and campaign of suppression.

In the cities, the NTF-Elcac and state agents will likely push with its attacks against workers’ unions to serve the interests of big capitalists, as well as against other forms organizations. In the countryside, the AFP continues to mount vicious attacks against peasant communities in their effort to suppress the peasant masses and pave the way for the entry of mining companies and expansion of plantations. Thus, the NPA must continue with its efforts to expand its territories, recruit more and more Red fighters, wage widespread antifeudal campaigns, and launch tactical offensives to defend the peasant masses and advance the overall national democratic revolutionary cause. 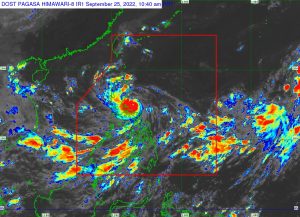 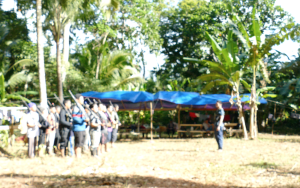 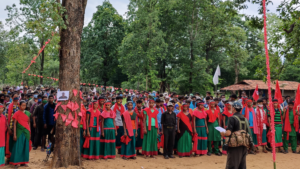 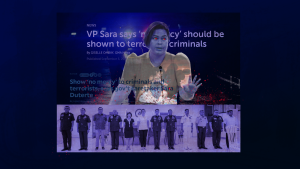 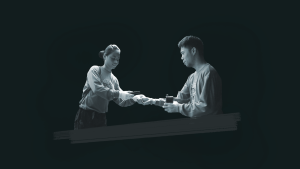