The backward local agriculture is behind the food price hikes

The onion has yet to be sliced, but tears already well up with the high costs – this is the painful reality currently besieging the Filipino nation. Since these last few months, the price of a kilo of onions ranges from P600 to P720 in local markets in Bikol and the entire country. This is not the first time that prices of basic commodities have spiked staggeringly. If it is not the onions’ prices, it is the price of sugar, chilli pepper, vegetables, rice and other primary needs that would soar. But instead of seriously studying and resolving the roots of this persistent problem, the US-Marcos regime capitalized the current situation to strengthen the country’s dependence on importation at the destroyal of local agriculture.

To genuinely resolve the problem of food and basic commodities price hikes, it must be rooted towards the Philippine local agriculture situation. Despite being an agricultural and resource-rich nation, the local ruling classes, big bourgeois compradors, bureaucrat capitalists and US imperialist collude to preserve the backward and stunted system of agriculture in the country. Not to be satisfied with existing ways of exploitation and squeezing out profit, the ruling classes upped the divestment of the country’s capacity for self-reliance through decades of neoliberal policies. Worse still, they are after its complete subjugation by insisting on legislating destructive amendments to the Philippine Constitution.

NDF-Bikol unites with the masses in their continuous clamor that the government should fulfill its obligations in taking concrete and sufficient steps to resolve these problems that worsen the nation’s hunger. Because the puppet and anti-poor US-Marcos regime cannot be expected to do this voluntarily, it is cogent for the people to uprise and bring their demands and demonstrations in every avenue they can. Aside from short-term ways to control prices, the mass movement must also concentrate on the anti-feudal campaign to develop national agriculture and later on, give way to meaningful and long-term genuine reforms that will address the nation’s problems. This is until the road towards the socialist path is fully paved, the path that will complete the attainment of genuine development and prosperity for the entire Filipino people. 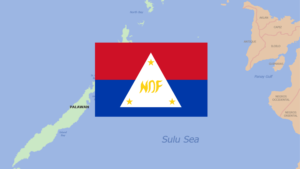 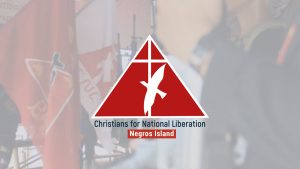 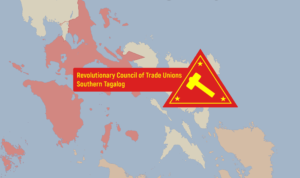